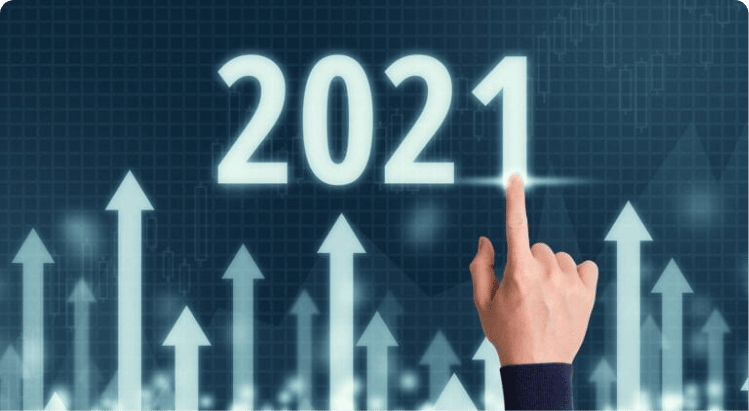 Let’s dive right into some of the more timely trends we’re seeing. Here’s what’s happening in real estate in June 2021.

1. Homes are selling at breakneck speeds

It’s no secret that inventory is low and demand is high, creating one of the most competitive housing markets our country’s ever seen. But on the ground, the sense of urgency is real.

According to data from real estate brokerage Redfin (NASDAQ: RDFN), the average house is selling in a mere 18 days. That’s down a whopping 17 days from the same time last year, the fastest pace ever recorded. Many homes are selling even quicker, too. In fact, 58% of listings are under contract in two weeks, and 45% are under contract in just one.

Unfortunately, it seems like those conditions aren’t letting up anytime soon. Here’s how Daryl Fairweather, chief economist for Redfin, put it: “The housing market has gone from one extreme — the onset of the pandemic, to another — the rush to buy primary and second homes while mortgage rates remain near historic lows … This home sale boom is nowhere close to over.”

2. The CDC is getting pummeled with lawsuits

The Centers for Disease Control (CDC) has extended the national eviction ban through at least June 30, but property managers and Realtor groups aren’t taking it lying down.

In late May, Florida Realtors — one of the largest Realtor trade associations in the country — filed suit against the CDC, claiming it overstepped its bounds in banning evictions across the country. It also took aim at the CDC’s lack of landlord protections during the pandemic.

“The CDC’s order does not relieve landlords from their obligations to pay property taxes, make their own mortgage payments on rental properties, or provide maintenance and upkeep necessary to comply with applicable laws or regulations,” the suit says. “Congress has spent trillions of dollars addressing COVID-19. It could have provided landlords with direct assistance to address the severe and, in some instances, dire effects on landlords when tenants no longer pay rent but cannot be evicted for breaching their leases. Congress chose not to do so.”

The claim is just one of many currently lobbied against the government agency, as well as those who lead it. Another one — this time filed by Realtor associations in Georgia and Alabama — is currently in the appeals process.

3. Foreclosures and delinquencies are dropping

According to ATTOM Data, foreclosure filings dropped 1% from March to April and are now down 17% over the year. A mere 3,700 foreclosure starts commenced in April — a record low for the state.

Simultaneously, mortgage delinquencies have dropped 7.11% month over month. Now, fewer than 5% of mortgage loans are delinquent — the first time the share’s been that low since the pandemic started. What’s more? Serious delinquencies — or loans at least 90 days past due — dropped by 151,000 over the month, too.

Altogether, these stats spell fewer distressed properties, both today and in the immediate future. For investors who specialize in fix-and-flips and other similar strategies, it could be worrisome. Remember, though: Forbearance options won’t last forever. Once borrowers start to run out the clock, the tables could turn — but only time will tell.

4. Housing affordability is on the downslide

Home prices have been on a tear for quite some time, and according to the latest data from the Federal Housing Finance Agency, there are no signs of slowing down. The most recent FHFA House Price Index has prices up a whopping 12.2% over the year, with the biggest jump seen in the Mountain Census Division (Arizona, Colorado, Idaho, etc.) There, prices rose over 15% in the last 12 months.

Even prices in historically low-cost opportunity zones are on the rise. In fact, 75% of OZs saw median home prices rise over the year, and a much smaller share of homes are under $150,000 in these areas.

“The drop in affordability was broadly felt as affordability declined year over year in 45 of the 50 markets we track,” said Mark Fleming, First American’s chief economist.

5. The new administration is setting its sights on housing

Housing issues have come front and center since the Biden administration took over, and it’s trickling down to investors in both good and bad ways.

On the positive side, you’ve got the SECURE Act, which was reintroduced in Congress in mid-May. This bill would allow for remote notarizations (and hence, digital closings) nationwide. If passed, it’ll be a huge boon to investors, particularly those who buy out of state.

There’s also the massive rental assistance measure passed as part of the American Rescue Plan in March. Though some states have been slow to disburse these funds, the bill allotted more than $21 billion to renters in need. It can be used toward past due rent, future rent, utilities, and more.

On the downside, the administration also plans to cut back on the tax advantages of 1031 exchanges, limiting the capital gains tax break to purchases under $500,000. If you rely on like-kind exchanges for your portfolio, you may want to make some moves before the change is solidified. 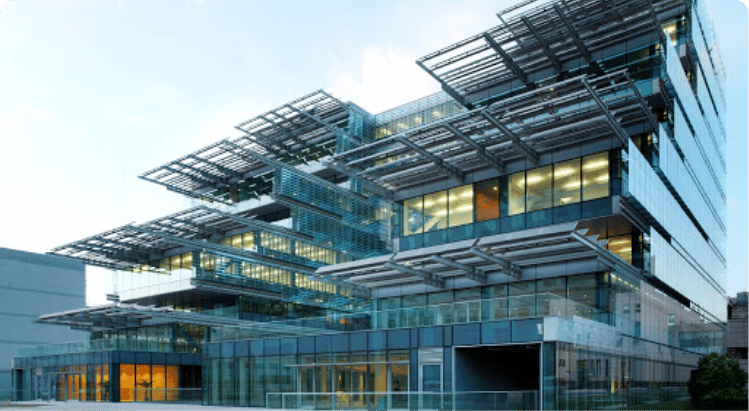 No matter how many properties a landlord is dealing with, it is imperative to ensure that everything in the process is organized. The utilization
Read full article 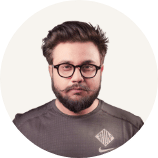 My name is Mohammad Kasim and I am a passionate UX.UI/Product Designer. I love to bring clarity and meaning to people’s life through my design.

I am a student of the earth and I am always learning about human psychology, new design processes and visual design.

I have a background in Computer Science specialised in human computer interaction.

I am always after the bigger picture, simplicity and less clutter when I am design thinking.

I enjoy the process from abstract to realisation. I love to discover, empathize, ideate and iterate to arrive at a design solution that works better.

When tired. I play hard to get through the creative blocks and recharge.

Creativity is not the visual design elements you see on the canvas. It’s all about the “decisions that shape people’s life” 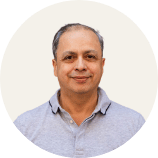 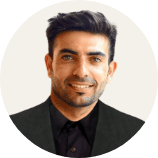 Maor has over fiveManages the first contact with clients and maintains a professional relationship with Pickspace clients helping the company and clients meet their goals. Five years of experience in commercial real estate. Advanced Practicing Real Estate and commercial law, B.A. in Marketing and Business Administration, Masters of Law and finance, L.L.M & L.L.B, Founder & President of IESCInternational Student Entrepreneurship Community in MIT, NYU, Columbia, BU, Princeton, COMAS, HUMBOLT,  TU BERLIN. He is also a Speaker at FIDF events all over the USA, the Israeli embassy in Berlin – Attaché assistant. Combat soldier – elite undercover commando unit and a Mentor at NOVOS, Sarona Ventures Accelerator, and to serval startups 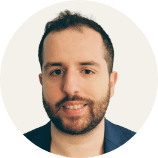 Entrepreneur, Techie, and traveler. He has a knack for building things that scale with over ten years of experience at startups and the cooperation world. He’s also an expert in building large-scale innovative Proptech & Fintech systems and platforms for some of the top companies around the world (ADP), as well as founding multiple startups. Has a Master’s in computer science from Georgia Tech in Machine learning specialization. 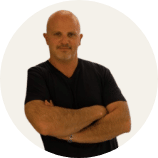 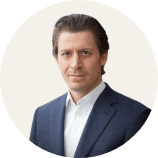 Dovi Frances is a financial services entrepreneur and founding partner of Group 11 (f.k.a. SGVC), a venture capital firm based in Los Angeles, California. Over the course of his career, Dovi has invested over $500 million in some of Silicon Valley’s most prominent and disruptive financial technology companies, including Tipalti, TripActions, HomeLight, SunBit, and Next Insurance. Dovi currently serves on the boards of Tipalti, SunBit, HomeLight, Papaya Global, Lili Bank, and EquityBee. He is also an Advisor to Addepar and TripActions, is a member of the Advisory Council of Leumi Bank U.S, and serves on the Steering Committee of Israel Collaboration Network. Dovi earned an MBA from UCLA Anderson School of Management and a BA in Management and Psychology from Ben Gurion University. 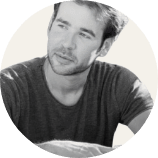 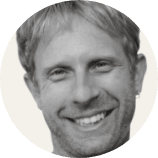 He’s a  successful serial entrepreneur and a Product executive passionate about building and scaling disruptive and innovative companies across multiple industries. He brings a unique combination of technological innovation (author of 7 patents) and strategic business thinking to identify and pursue market opportunities with innovative products. He excels at cross-functional leadership, working closely with internal stakeholders such as Engineering and Sales & Marketing and partners and customers. He has worked at technology companies of all sizes and in multiple industries, including Ed-Tech, semiconductors, fintech, peer-to-peer, communication, and real estate. 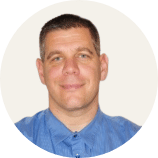 He’s the Co-founded of SpaceIQ and a real estate management platform. Named Innovator of the Year and an industry thought leader by IDC, SpaceIQ is widely recognized as the industry leader. With the world’s leading brands as its customers, SpaceIQ was acquired by WeWork to drive its growth in the enterprise segment. 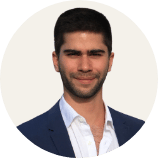 Product and Marketing Specialist at Pickspace

As a Marketing and Sales Executive, his role consists of creating brand awareness, landing pages and ultimately generate leads using CRM programs to schedule B2B and F2F demo presentations. He has more than six years of strategic brand development experience. He is certified in Business and Marketing from Universidad de Palermo. 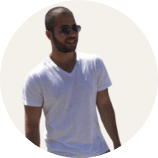 As a Marketing and Sales Executive, his role is to create a strategy to grow business and manage sales.  He is a Bachelor of engineering in computer science. 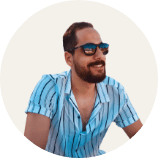 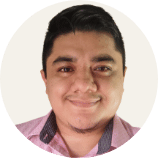 He’s an enthusiastic team member eager to contribute to team success through hard work, attention to detail, and excellent organizational skills. Manages the first contact with clients and maintains a professional relationship with Pickspace clients helping the company and clients meet their goals. He also has a clear understanding of the English Language and Spanish Language and training in Teaching, Translating, Interpreting, and Proofreading in both languages. Studied B.A. in English Teaching at the Autonomous University of Chiapas. 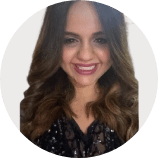 Partnerships and Growth at Pickspace

Deena’s interest in tech grew at the startup she worked for years ago. She has over five years of experience working in startups. She has her B.S. in Finance and Masters in business administration from Purdue University. In her free time, she likes to learn new things and read sci-fi books.

One of our experts will be in touch with you shortly to set up your Pickspace Property Manager demo.